A little bit about where I'm coming from... 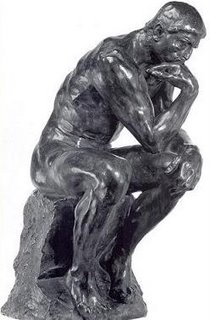 These last few weeks have been extraordinary. I don't know how many inquiries I've received, but from all of them, I'd say I've ended up accepting roughly 1/3 to 1/2. (By "accepting," I mean that I actually agree to read the person's script, based on the quality of their query.) That's not a bad number, I must say. I try to give people the benefit of the doubt.

When it comes to actually reading a script, well...that's another matter entirely. It is rare that I read a script from beginning to end; I can usually tell by page 2 or 3 whether or not an author knows how to write. If a script hasn't caught my attention by page 5, I usually throw the towel in and move on to something else. (This is why a screenplay's opening scenes are so crucial!)

It might interest you to know that of all the scripts I've looked through so far, the total number of scripts I've managed to completely read from top to bottom are...less than ten.

Yup. Sorry to break it to ya.

I say this because if my "reviews" here seem a bit harsh, it's only because I have a pretty high standard. Don't lose heart over my ramblings. The Unsung Critic only likes to nitpick stuff he finds interesting in the first place. So to those screenwriters, please take that twisted logic and somehow try to work it into a compliment.

I'm going to change my policies a little bit due to the increase in queries I've received. First, I'm going to be more selective in which scripts I choose to read; this means your queries better be good. Second, I'm going to try to be a little more generous with my time in reading those scripts I accept. Finally -- and this is upon my request only -- I may offer to re-read a revised or rewritten script if I feel that the original draft had promise.

I appreciate the attention this blog has received, and hope that it's beneficial to you guys in the long run!
Posted by THE UNSUNG CRITIC at 9:06 PM No comments:

I'd like to thank "Girl on Demand" for the cute little mention on her blog. No, she's not someone out to deliver sexual favors, but a dedicated reader of quality self-published books.

"And if you think I am insane for trying to wade through the sea of POD / Self-published titles, here's a guy with an even greater mental defect than I: The Unsung Critic. Instead of self-pubbed novels, he wades through screenplays. He's going to need a life-preserver for sure."

Thanks again, Girl ...and here's hoping I can hold my breath while waiting for that life-preserver. The Unsung Critic was never a good swimmer.
Posted by THE UNSUNG CRITIC at 9:50 AM No comments:

THE JEWELER'S WIFE by David Shailer

When reviewing a script, much like a film, there is an obvious double-standard between a lightweight comedy and a high drama. While comedies are often shunned during awards season, we, as audiences, are also usually more forgiving of their shortcomings. If a movie makes us laugh or smile, we can easily turn a blind eye to a glaring plot point, a cheesy line of dialogue, or a less than stellar performance.

Not so with drama. If a film aspires to have a high emotional impact, it’s a big, BIG challenge to pull off successfully, because so many more things are required to make it work. We’re usually so much more critical of whatever flaws the film may have, that, unlike comedies, we’re all too ready to scrutinize, dissect, and critique. Look at the recent example of the ALL THE KING’S MEN remake; here is a film with lofty ambitions, that aspires to be important…and fails. Critics are so much more willing to tear it apart, and audiences stay away in droves.

I write this because my next script selection is VERY much a high drama. In fact, of all the scripts I’ve read thus far, it has to be the most daring, intelligent, and ambitious. It is also one hell of a story. That the rest of the script falls short, in my mind, to the promise of this extraordinary tale might make my review sound overly harsh, or focusing too much on the negative…but this is only because I feel that the material has so much potential, that it has the makings of a truly magnificent movie, that it’s shortcomings seem so much more glaring.

The time is 1943. The place is a Jewish workcamp within occupied Netherlands.

Ruben is gifted jeweler who, along with a small group of other Jewish prisoners, sorts through gold and silver fillings, watches, and jewlry for the Third Reich.

The film is set entirely within the realm of the workcamp. This claustrophobic use of setting creates an extremely tense atmosphere, and highlights an even more intense plot point: that none of the workers know exactly what is happening in the outside world (or so we think). The death camps are not even whispered rumors, as the prisoners cling to the hope that their work – as the Reich dutifully tells them – contributes to the building of Jewish resettlement camps in the East.

Ruben longs for his wife, Mara, who is being held at a “transition camp” far away. When the camp Kommandant asks Ruben to personally oversee the design and manufacture of a jewel-encrusted medal for a member of the Nazi high command, Ruben is now in a position to demand that his wife be brought to the work camp in exchange for his cooperation.

The good news: the Nazis reluctantly oblige. The bad news: they deliver the wrong woman.

This extraordinary premise is just the beginning of the story, and my God, it’s a doozy. Ruben now finds himself torn between admitting the truth to the Nazis, or “playing along” and giving this woman -- whose only fault was having the same name as his wife -- a chance to escape the death camps.

Shailer explores Ruben’s dilemma from every possible angle, and he succeeds every step of the way. That Ruben can not bring himself to send this “Mara” back is made convincingly clear; not only would it endanger her life, but possibly his own, as the Nazis would obviously be insulted by any more of Ruben’s demands. Add to that, Ruben is consumed by guilt over having to pass Mara off as his bride by sharing the same bed.

And so, Ruben must do what he can to bide his time over the next three months in making the custom medal, while trying to play the role of husband to a woman who is a complete stranger…and pray that somehow, somewhere, his true wife is still alive and can be found.

Before I go on with my criticisms, let me say this: Plotwise, the pacing and narrative devices the screenwriter has used are near perfect. Not once could I put this script down. There are scenes filled with such mounting tension…with one surprise after another…I was always on the edge of my seat…and, best of all, nothing about this script was predictable.

And now come my reservations…I almost hate having to write them. They may be minor quibbles considering the overall scope of the work, but again, there’s that pesky double-standard where writing dramas is concerned.

First is the dialogue. Too often Shailer’s characters talk with such flowery exposition it renders some scenes artificial. This is an easy trap writers – myself included – fall into, particularly in writing villains. The Kommandant is an interesting character – Shailer has given him more depth than one would naturally find in a Nazi – but at times his dialogue reduces him to scenery-chewing.

Another gripe is how characters often talk about their emotions, when there have been too few scenes to really illustrate why they should feel that way. I guess it’s the common “show, don’t tell” from Screenwriting 101.

The script moves fast, and it’s only 101 pages, so I think it would be a good idea perhaps for Shailer to include a prelude where we can see a bit of the relationship between Ruben and his wife before they were taken prisoners. It’s his love for her that fuels the entire story, and without seeing it, we can’t fully experience how agonizing his plight truly is. Also, when the “real” Mara does appear near the end, Shailer gives her little to do, leaving her ill-defined -- she's a two-dimensional figure rather than a fleshed out character worthy of Ruben’s love.

Without giving anything away, the script also ends abruptly…annoyingly so. I think adding an epilogue would help give the script much more dramatic closure.

So…as it is, THE JEWELER’S WIFE is not a great script…but with a little work, it damn well could be. The story is extraordinary, and so is this script’s potential.
Posted by THE UNSUNG CRITIC at 1:08 PM 2 comments: